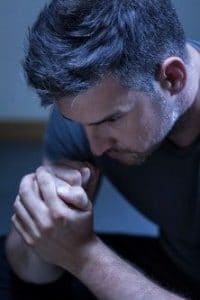 A new study finds that 27.8 percent of U.S. adults had symptoms of depression as of mid-April 2020, compared to 8.5 percent before the COVID-19 pandemic.

Not surprisingly, the study found that money was a defining factor in who was reporting new symptoms of depression.

“We were surprised at the high levels of depression,” Ettman continued. “These rates were higher than what we have seen in the general population after other large-scale traumas like September 11th, Hurricane Katrina and the Hong Kong unrest.”

“Depression in the general population after prior large-scale traumatic events has been observed to, at most, double,” added senior author Sandro Galea, MD, MPH, DrPH, the dean and the Robert A. Knox Professor at BUSPH.

Knowing that large-scale traumas impact the prevalence of depression is what led to the new study, which was published in the journal JAMA Network Open, according to Ettman.

“Mental health is an important topic that affects millions of people,” she said. “We knew from research after other large-scale traumas that poor mental health increases in the general population. We wanted to study the magnitude and scope of the COVID-19 pandemic’s effect on mental health in the U.S.”

For their study, researchers surveyed a nationally representative group of U.S. adults from March 31, 2020, to April 13, 2020, when 96 percent of Americans were under stay-at-home or shelter-in-place advisories.

The researchers crafted an original questionnaire, called the CLIMB study, standing for the COVID-19 and Life Stressors Impact on Mental Health and Well-Being, based on questions that have been asked following other traumatic events and using clinically validated mental health questions, Ettman explained.

Both surveys used the Patient Health Questionnaire-9 (PHQ 9), a self-administered depression screening tool, to assess depression symptoms and gather demographic data. The CLIMB questionnaire gathered data on COVID-related stressors, including job loss, the death of a friend or loved one from COVID and financial problems.

However, the biggest demographic difference came down to money. After adjusting for all other demographics, the researchers found that, during COVID, someone with less than $5,000 in savings was 50 percent more likely to have depression symptoms than someone with more than $5,000.

“Persons who were already at risk before COVID-19, with fewer social and economic resources, were more likely to report probable depression, suggesting that inequity may increase during this time and that health gaps may widen,” Ettman noted.

“We would hope that these findings promote creating a society where a robust safety net exists, where people have fair wages, where equitable policies and practices exist and where families can not only live on their income, but can also save money towards the future,” she added.

As COVID continues to grip the country, Ettman suggested there may be steps that policymakers can take to help reduce the impact of COVID-19 stressors on depression, such as moratoriums on evictions, providing universal health insurance that is not tied to employment, and helping people return to work safely for those able to do so.

She added that she hopes the study’s findings will help those Americans who are experiencing depression during this incredibly difficult time to know that they are not alone.

“On the contrary, one in four U.S. adults is probably going through the same thing,” she said.

Posted in General | No Comments »