Submitted for your approval, a reunion in the Twilight Zone 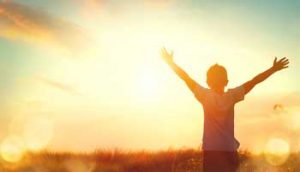 Our son and his wife were flying to Tokyo and we had just taken them to Newark airport. They were starting a 14-hour flight that would take them 11,000 miles from home, by any measure an enormous distance.

I never suspected that a brief detour on our way back would take me even farther, not just to my childhood home but, through the corridors of memory, to the core of childhood itself.

Neither did I expect that, when I arrived, I would be drawn to the house of a friend who, at that very moment a thousand miles away, was trying to remember what it looked like.

It is a short distance from the Newark airport exit on the New Jersey Turnpike to the off ramp to the factory town where I grew up and, with time to spare, there was no reason not to visit.

When we arrived, the town seemed smaller, with blocky new buildings crowding what was left of familiar roads and structures. The route I used to walk from home to St. Joseph’s Grammar School was intact but altered in appearance by the changes in the houses, businesses, and public buildings that lined the streets.

When we got to the school, it looked pretty much the same though the playground had become a high-rise parking lot for a performing arts center scheduled to be completed in the fall on the site of the old Ritz theater.

After a brief stop at the church next to the school, we walked out into the sunshine of a crisp spring day to face a large house on an oversized lot where I once spent many happy hours with my friend, Jack.

A group of us boys would play basketball on the school playground and then grab a cool drink of water at Jack’s house. There we made big plans for our lives and the next day.

When we didn’t make our seventh-grade basketball team, it was Jack who came up with the idea of starting our own team, getting Frank Brown’s Department Store to sponsor us, finding a coach and playing hard enough to win the league championship. And that’s exactly what happened.

As long as I can remember, Jack had a passion for art and, on Columbus Day of 1960, he and I took the bus to Newark where he bought his first supply of professional art materials. The day stands out in my memory because, on our way back from the art store, we found our route blocked by the Columbus Day parade where John F. Kennedy, a month away from his presidential victory, passed in his open car.

He was close enough to touch with his broad smile as bright as the October sun and his thick red hair ruffled by the breeze—a demigod among mortals to a pair of hero-seeking boys.

Back home again, Jack drew everything that was important to him from characters in our favorite TV show, The Twilight Zone, to the face of the girl who captured his heart at a high-school dance.

We went to different high schools and lost touch with one another as we got involved with different circles of friends and pursued different paths in life. Jack did a variety of things but never lost his love of art and is now a successful painter.

I didn’t know any of this until we met again in 2001 when someone organized a 40th grammar school reunion. Since that reunion, Jack and I exchange the occasional email, have talked once on the phone, and are friends on Facebook, a platform I rarely use.

When I came out of the church and saw Jack’s house, I just had to take a picture and send it to him. It was Sunday and I was intending to send the email on Monday morning, though I didn’t get around to it until Wednesday.

Jack replied immediately and I am still pondering the significance of what he said. He told me he was amazed and explained that he woke up Monday morning with the memory of a dream he had about the house where he grew up.

He recalled the good times he had there and tried to imagine what it might look like now, the same essential structure but updated and modernized. “And today I see this picture! Just incredible…just what I pictured!”

Struck by what Jung would have called the synchronicity of these events, I imagined an even stronger connection that would have occurred if I had sent the picture on Monday and Jack had awakened from his dream about his house to see it’s picture in his email. Now that would have really been something!

When I shared this thought with Jack, his reply smacked of mystery and mischief and I could see the twinkle in his eye when I read these words. “Well, perhaps you did send the picture on Monday morning, and maybe we just didn’t need the camera or the email.”

It was a line right out of The Twilight Zone and I could almost hear Rod Serling, the program’s creator, summing up the plot of our little story in his closing comments.

Submitted for your approval, the case of two childhood friends, separated by a lifetime and the width of a continent, brought together again on a day when they found themselves thinking about the house where they once played and talked about the twilight zone, “a dimension not only of sight and sound, but of mind. A journey into a wondrous land of imagination.”

Farther away than Tokyo is from Newark, farther even than childhood from our senior years, yet the twilight zone is always there, as close at hand as our willingness to believe.

Posted in Articles, Columnists, In Person | No Comments »