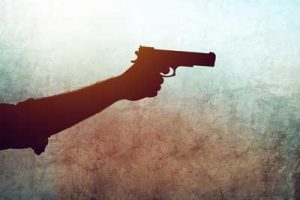 Not a year goes by in America where we don’t suffer through another horrible mass shooting at a school, perpetrated by a young adult or teenager with a gun. Despite the outcry from both sides, however, there are no clear or easy answers on how to reduce or altogether stop school shootings from taking place.

We are a nation born of violence, which we then codified into our Constitution. And while it’s perfectly sensible to suggest reasonable limitations on gun purchases, such solutions all but turn a blind eye to the reality of guns in our nation.

Today, there are more than 250 million guns in the United States today (and some estimates have put it as high as 350 million). While new gun control laws would address new gun purchases, they do nothing to address the ridiculous citizen-to-gun ratio that already exists.

And, since most school shootings involve guns purchased months or years ago, it’s evident such laws probably wouldn’t make much of a dent. Guns will always be fairly accessible to people with an intent to commit harm, given how many of them are available. After all, if the shooter’s family doesn’t actually own a gun, he likely has a friend or knows someone whose family does own one. Or a dozen.

Addressing the issue from the mental health side of things looks no better. Some of the school shooters were well-known to law enforcement, and many were in some form of counseling or treatment at one point in their young lives.

Most professionals aren’t in a position to predict with any degree of certainty this kind of rare, violent behavior in teens. It’s like trying to apply a filter that will find one in 5,000 teens that fits a particular behavioral profile, and then applying another filter that singles out the one in 1,000,000 that would actually be at risk of committing a violent crime of this nature.

Increased communication between all parties concerned about a person at-risk for committing such crimes might help, assuming privacy laws could be changed and ethical standards expanded to allow such exchange of sensitive information.

School officials talking to mental health professionals talking to law enforcement talking to local businesses talking to parents and friends might be able to spot a certain pattern of behavior unique to these individuals.

Or, it might set us up to target people guilty of nothing more than being different, awkward, and not fitting in with their peer group.

As you can see, there are no easy answers to this complex problem. The solution lies in understanding how complicated the task before us is, and devising a more complete, multi-pronged approach to addressing it.

If psychologists and the mental health system are expected to step up to help, there needs to be sufficient funding and focus to ensure any effort isn’t simply more empty words being thrown back and forth.