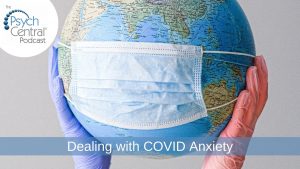 The little room at the top of the stairs is quiet now. The extra chair where my wife sat with her Ipad is back in the bedroom where it belongs, our insurance cards are tucked safely into our wallets, and my Twitter feed with real-time updates on vaccine availability is silent. The smoke has cleared and so have our heads.

I am back here six hours after a four-hour battle this morning with various websites where I attempted and ultimately succeeded in scheduling an appointment for my first COVID-19 vaccine.

My wife and I first engaged the enemy one week ago when 60,000 doses of vaccine were made available to the second priority group of Massachusetts citizens including those over age 65, people with two or more qualifying medical conditions, and residents of senior and low-income housing.

The results of that campaign were widely reported in the local and national press. The website crashed repeatedly with the sudden increase in traffic, and visitors expressed their frustration and anger.

In the end, all 60,000 appointments were filled, but one can only imagine at what cost to the mental health of the citizens of our state.

That was then, this is now, and in the intervening week, much has happened. State government officials and the CEO of PrepMod, the company that developed the scheduling website, blamed each other for not anticipating the problems that would result from increased demand for a limited supply of vaccine.

The state legislature launched an investigation into the matter, and Governor Charlie Baker promised significant improvements to the website.

Much has changed with us as well. We spent the last seven days gathering information about hospitals, clinics, and pharmacies that offered the vaccine, scanning their websites, listening to stories of friends who failed and some who succeeded in snagging appointments, and planning our strategy for the second round today.

Last night, I took the advice of a television commentator and opened all the scheduling websites on my laptop browser so I could move from one to another with a single click.

Earlier in the day, I found an appointment for my wife at a CVS about an hour’s drive from our home. When the site confirmed her appointment, we stared at the screen in disbelief, printed out the confirmation, and taped it to the refrigerator door, a precious thing, like a drawing by our granddaughter.

Now there was only one more appointment that needed to be scheduled. It was mine and I was ready. And so, at precisely 7 a.m., I logged onto the PrepMod website where I was given a waiting time of five minutes.

Another site assigned me a “random” place in line to access their scheduling page. There are 39,523 people ahead of you. Your estimated waiting time is more than one hour.

A third site, only a short drive from home, gave me two available dates for an appointment, but when I checked them both, they weren’t really there. These are the times that try our souls, not to mention our sense of reality. And so I played my array of open tabs, clicking each one only to find that there were no appointments available anywhere.

Back at PrepMod, things were quiet, and I was in and out of the waiting room until eight o’clock when the promised cache of appointments started to appear, and I decided to make my stand.

Allowed onto the scheduling page, I selected a site and was brought to a list of appointment times, all of which were not available. More than once, I succumbed to the printed message to find another site, but on the way there, I clicked something that bounced me back into the waiting room.

When I got back to Prep Mod, my three-day wait had dwindled to a mere three hours, plenty of time for a morning shower. Twenty minutes later, I was back at the laptop and actually on the scheduling page, staring at 1,369 appointments. All I needed was one, so I grabbed it and started filling out the six-page application.

I got to page four when an error message told me to try again later. The only way to leave the page was the browser’s back button, but the last time I used it, I was back in the waiting room. I took a deep breath, clicked the arrow, and suddenly I was being asked to sign a confirmation page. The appointment was mine.

My wife and I stared at each other. Yes, we were happy, but there was a sense of disquiet too. We had just scheduled the first dose of a life-saving vaccine in an Alice in Wonderland world where nothing was as it seemed. We had scheduled one dose of a powerful medicine and got another dose of the world’s randomness condensed into a morning on the Internet. And that’s a lot to take in on any day.