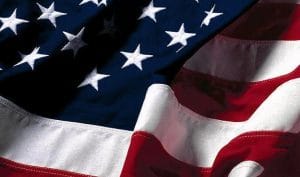 First of all, let me congratulate you on your inauguration as our nation’s 46th president. Eighty-one million of your fellow citizens expressed their solidarity with you on election day. That leaves 74 million voters on the other side of what has become a great divide in American politics and culture. Your goal of unifying our country is monumental, but from what I know of your character, so are your sincerity and resolve. I am writing to express my support and to offer some insights from psychological science that may be of help.

As a retired clinical psychologist, I would like to call your attention to the work of Jonathan Haidt, Ph.D., a psychologist who has done extensive research and writing in the area of moral development and its relationship to religious and political affiliation.

In his book, “The Righteous Mind: Why Good People Are Divided by Politics and Religion,” Dr. Haidt describes five areas of moral concern and explains how liberals and conservatives selectively emphasize different dimensions.

Liberals, as represented by the Democratic Party in the United States, emphasize two of the five moral dimensions: caring and fairness.

Conservatives, who make up a sizable proportion of the Republican Party, focus on the full range of moral issues including caring and fairness but also emphasize authority, loyalty, and sanctity.
Dr. Haidt argues that this differential focus gives conservatives an advantage in so far as they appeal to the moral sensibilities of a broader range of the electorate.

Of course, the situation is more complicated in today’s America because both parties contain extremist subgroups and there is an increasing threat of violence when they believe their voices are not being heard.

Our country is still reeling from the damage and loss of life inflicted by a mob of insurrectionists who stormed the Capitol on January 6 in an attempt to interfere with our Constitutional process and prevent the certification of your election.

I don’t know how you will reach these people, but I am confident that you will try and hopeful that at least some will respond to your efforts to hear their concerns, even as you repudiate their violent actions.

In the grand tradition of the Democratic political narrative, you have emphasized the role of government in caring for our citizens by working to make health care accessible and affordable, to raise the minimum wage and, in this unprecedented pandemic, to assure the production and efficient distribution of the vaccines necessary to keep us safe.

Likewise, your emphasis on fairness is evident in your determination to make the opportunities that America provides equally available to all of our citizens regardless of race, class, gender, or sexual preference, and to provide a path to citizenship for undocumented residents.

This is what those who voted for you want and expect, but to be the President of all the people, you will have to address the concerns of the other half of the voting population. To do that, Dr. Haidt’s research suggests that it would be helpful to highlight the importance of loyalty, authority, and sanctity – moral values held dear by many Americans. The challenge lies in finding ways to honor these virtues that are acceptable to our diverse electorate.

Conservatives and liberals alike value loyalty and authority but often differ regarding to what authority our loyalty should be given. And when it comes to sanctity in our pluralistic society, the diversity of our faiths, religions, and cherished values demands a broad respect for whatever we hold sacred and a commitment to preserve a space for sanctity in all of its forms and practices.
Psychological research also shows that our moral and political sensibilities are the complex product of biological predispositions, social learning, and life experiences.

In Dr. Haidt’s metaphor, our rational minds are like riders on the backs of elephants, strong emotional and intuitive forces that shape our religious and political sensibilities. The elephant sets the course and the rider adjusts it by leaning into the sway of the moving beast.

Rational arguments alone will never change the minds of those who see the world differently than we do. First we must tend to our elephants, nudging our affinities toward common pathways of civility, respect, empathy, and friendship. In this, Mr. President, science merely echoes the example of your life and leadership that you expressed so eloquently in your inaugural address, urging us to see one another as neighbors, not as adversaries.

Thank you for your attention and may God bless your efforts to unite our nation for the good of all our fellow citizens and the world that is watching.