Causes of disenfranchised grief: A reminder for therapists 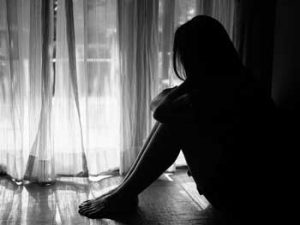 I’ll never forget my first lesson in the meaning of disenfranchised grief. While interning, I was assigned to a young woman who had been referred by her doctor for depression. In our first session, I heard her story. She had miscarried her first pregnancy only a few months before.

“Everyone tells me to get over it,” she said. “When I was crying in the hospital, a nurse told me that miscarriage is nature’s way to end pregnancies that aren’t quite right and that I’m young so I will have other babies. But I wanted this baby I had already named. Why don’t people understand?”

Why indeed? To this young woman, a miscarriage was not simply a medical event. It was a huge loss. Just about everyone she had talked to minimized it or explained it away. The message to her was clear: This loss wasn’t legitimate. She wasn’t depressed. She was grieving.

“Disenfranchised grief” is a term used to name grief and mourning that society as a whole and/or a person’s immediate family and friendship circle don’t recognize as legitimate. The relationship to the person they lost isn’t acknowledged or the impact of the loss is minimized.

One of our most valuable roles as therapists is to provide what the individual’s immediate social world either can’t or won’t. Regardless of the model of grief therapy we use, legitimizing and working through the patient’s feelings can help him or her come to terms with the loss.

The following list is a reminder of at least some of the types of disenfranchised grief that bring people to our door. It is not intended to be complete. People’s experience of loss can be as individual as they are.

1) A death that others think shouldn’t be mourned

When a relationship has been misunderstood, minimized or marked by shame, grieving the loss is often equally misunderstood, disallowed or seen as shameful.

Miscarriage: When friends and family are firmly of the belief that miscarrying an early pregnancy “doesn’t count” or is “for the best,” the woman gets little to no support for her loss. They don’t understand that she is mourning the child and the future together she thought she would have. Fathers, too, can profoundly feel the loss of a pregnancy.

A pet: This situation is perhaps the most common one where others provide limited support. Friends may feel the client’s grief is disproportional to the loss of a cat. But for that person, the cat was more than a cat. It was an important family member that gave him needed love and attention.

The loss of a child given up for adoption: Since the decision was voluntary, others may not sympathize with the grieving mother. If the mother managed to have a secret birth, she is alone with her feelings.

Death of an ex-spouse or lover (or even an estranged friend): Even when divorce or separation was bitter or angry or long ago, the person left behind may grieve. Any unresolved issues will never be resolved. The death is a marker of the final closing of that chapter in the survivor’s life.

An LGBT spouse or partner: There are families who never accepted their adult child’s sexual orientation and who therefore don’t permit the grieving partner to come to the funeral. There are other families that allow participation but only if the relationship is kept secret. The loss of the LGBT partner may even be a relief to some survivors’ families.

A partner in a secret affair: Since the affair was secret, the person is unable to even acknowledge their relationship, much less mourn the death in public. He or she doesn’t exist to the deceased person’s family and can’t talk about it with friends.

A difficult family member or abuser: Other people may believe the deceased person’s actions were so hateful that the death is “good riddance to bad company.” But the patient may have memories of important positive moments between them as well. They need room to grieve the lost potential they saw in those moments.

2) Death of those who suffer

A long good bye doesn’t necessarily protect people from grief. When others focus only on the end of suffering, a client may feel he isn’t entitled to grieve.

A person who has long suffered from disease or dementia: The client feels he should be relieved or grateful that the suffering is at an end.

A very old person: Especially when the deceased was active and engaging in their advanced age, relatives and friends may be unprepared for the death and may be shocked and devastated. People may encourage the survivors to only celebrate the long life, not understanding that they can still be saddened by the death.

Sometimes the cause of the death is the basis for disenfranchisement. The griever feels he or she has to hide their grief because of shame or blame or feelings of guilt around the death.

A suicide: Some people often distance from mourners, because they have strong negative feelings about the morality of suicide. To others, a suicide is cause for anger, not grief. But for those who loved the individual, the emotions are often complicated, especially if the individual was visibly suffering for a long time. Sadness, anger and even relief that the suffering is over are often in the mix.

Drug overdose: There are those who focus on blame and shame instead of on the very legitimate grief of those who loved the person. Because their predominant feeling is anger at the deceased, they believe everyone else should be angry too.

Death because of a car accident caused by driving drunk (or drug impaired): If an individual had a number of DUIs, if other people were injured or killed in the accident, if others believe that family members should have or could have held the keys, people may be dismissive of family grief.

Abortion: For some individuals, an abortion, even when freely chosen, is cause for protracted grieving. If friends and family believe it was the right thing to do and perhaps especially if they strongly believe it was not, the griever is unable to share her pain. This applies to the father of the fetus as well as the mother.

One Response to Causes of disenfranchised grief: A reminder for therapists