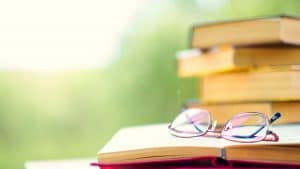 When I was a young psychologist just starting my second job, someone gave me an office and a title that were bigger than I needed, and like hand-me-down clothes, both gave me room to grow. They called me the chief psychologist and director of training, but I was just a kid. In equal parts scared and honored, I was called out of a closing state hospital on the margins of the city and into a new mental health center at its very heart.

One day, I was looking out the window of my cramped office at the pheasants that made their home in the fields of a hospital built in 1839, and the next, I was riding the elevator to an office on the fourth floor of a new concrete and glass structure hard by the expressway and the sprawling South End of Boston.

My arrival coincided with the retirement of one of the center’s luminaries, and though we never met, I wound up in possession of three of her textbooks that she left outside her door in a box of things that were no longer of any use.

If it were usefulness that I was after, I would have left those books where they were. What use could I possibly have for books published in 1911, 67 years before I was starting this job? The content would surely be outdated, but in this situation, content was irrelevant.

The books were written in Dutch, a language that I could neither read nor write, and I didn’t see myself learning a new language to unlock obsolete secrets. They were perhaps of some historical significance, but it wasn’t history that called to me as I strolled the corridor outside the now empty office of one of the center’s key figures.

These three Dutch textbooks of psychiatry sprung from the rubble of their lesser companions on the discard pile, propelled by the sheer beauty of their workmanship. I took them home and gave them a place of honor in the mostly empty bookshelf of our new house.

In that niche, their brown leather spines embossed with gold lettering caught the eye and spoke of substance yet to be realized. There is perhaps nothing phonier than filling a bookcase with books that look good but that you will never read. But when you’ve just become the first person in two generations of your family ever to buy a house, you’re happy to start somewhere. I started with some very old novels and non-fiction works, current travel books, mementos of recent trips, and three Dutch textbooks of psychiatry.

The years passed and the shelves filled with more books and other objects telling the story of our growing family. Pictures of our children showed their journeys from elementary school to marriage, and another of my wife and me as empty nesters brought us up to date.

Art books said that a painter lives here, model ships gave evidence of someone’s love of the sea, and a shelf dedicated to the work of a single author made plain the literary tastes of at least one family member.

Seasonal favorites were dusted off for the holidays when Charles Dickens and Dylan Thomas entertained us with their prose. Freud was there too in a handsome four-volume set to remind us of how we used to think of mental health and illness and to reassure us that the important things don’t change.

The trinity of ego, id, and superego are alive and well though now, in the witness protection program, they operate under different names and play by the rules of brain science. The

bookcase teems with the life of the mind and family, and amidst all of this energy, three Dutch textbooks keep their proud, silent vigil.

The passing years took me from the urban mental health center to four more hospitals in all but the last of which I would stay until it closed and then move on to the next. The focus of my work would shift from children to adults with serious mental illness. New theories of mental health and illness would generate new techniques of treatment, and there was always something new to learn and bright students to teach. New books, photos, and mementos would take their place among the veterans in the bookcase, all under the watchful eyes of three Dutch textbooks.

Now I am the retired veteran taking these volumes down from their place between a book on arctic exploration and another on celestial navigation. They are, as always, fine specimens of the bookbinder’s craft with their deep brown leather covers and gold lettering.

The Dutch words of the title, Leerboek der Psychiatrie, the date of publication, 1911, and the printed location of the publisher, Amsterdam, combine to suggest something exotic and substantial. They have done their job well, but somewhere along the way, I stopped needing them to make my bookcase look good.

Over the years through the alchemy of time, three Dutch textbooks changed from being showpieces of substance to placeholders in the life I have grown into, and they stand now as silent witnesses to all that has gone before and all that is yet to come.