A good day out 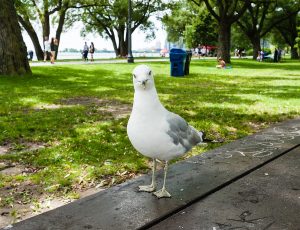 One of our favorite ways to relieve the boredom of pandemic isolation is to take a drive. Most days, almost anywhere will do. A trip to the grocery store or a run to the town dump with our trash, recyclables, and yard waste neatly sorted makes for a satisfying change of scenery, but for a real break, we take to the open road.

The Sunday paper gave us a plan for what looked like a fun day trip to Newport, and we earmarked Thursday for our adventure.

The week passed in its usual round of daily chores and relaxing diversions that make retirement so sweet. My wife starts with the morning paper, and by the time I make my appearance in the family room, she is ready for my daily briefing.

“At this point, I’d believe anything, and I wouldn’t put it past him to mess with the election either. It’s like living in a third-world dictatorship. There’s no justice anymore.”

“And our numbers are up again. 295 new cases in Massachusetts and 10 deaths. It must be all the tourists.”

“Did you check if we can get into Rhode Island?”

So I checked, right then and there, and the news was good. The state was open to visitors from Massachusetts and the rest of New England, but people coming from most other states had to quarantine for 14 days.

Thursday dawned with a heavy cloud cover and the forecast for Newport mentioned fog. But the sky soon brightened, and we were already geared up for traveling, so off we went with two thermoses of water, a pair of binoculars, and the two folding chairs that we call our portable vacation home.

Traffic was light all the way, and we found just enough room to park in the tiny lot of our breakfast place. Wearing masks and keeping six feet between us and our nearest neighbor, we ordered our food and accepted the server’s suggestion of a corner table behind a fan, isolated from the flow of other diners.

It was the first time we had eaten in a restaurant since the pandemic began, but it felt safe enough. When we were done, a passerby used hand signals to help me maneuver out of the parking lot. They actually made the going easier when I deciphered what they meant.

The wildlife refuge was just a short drive away, and as advertised, the lot had room to spare. A hard-packed trail followed the perimeter of the headland, affording views of rocky shores and the open ocean on one side and purple and yellow wildflowers on the other.

Seaward, cormorants perched on rocks and spread their wings like icons of a Roman legion while, in the interior, yellow finches flitted among the scrub pine and thistle. What was left of the fog burned off, leaving only the haze-filtered sun and just enough of a breeze to make the walk pleasant.

So far, the Globe article had been spot on with its itinerary, and we were looking forward to the next phase of our adventure, our lobster roll lunch. Once again, just as described, there was a short term parking lot for customers, and the attendant directed us to the nearby beachside snack bar.

Already midafternoon, we were the only ones in line to order, and after a few minutes, the server handed our Styrofoam container of food through an open window. Our plan was to drive to a state park where we would enjoy our lunch from our chairs in a safe and isolated location.

“Let’s just have a few of the fries now,” I suggested, “or they’ll be cold by the time we get there.”

“Sure,” my wife answered, “We can sit here at this table. There’s no one too close.”

I don’t know came first, my wife’s scream or the blow from behind on the side of my head. It was quick and heavy but strangely soft, like a weighted pillow. A cloud of bright white filled the space between us, wings beat against my face, webbed feet danced on the table, and an orange beak glinted in the sunlight. Once, twice, the orange flashed, and the biggest seagull I had ever seen flapped its wings and flew toward the breaking waves carrying half our lunch with it.

Two women at the nearest table asked if we were all right.

“Me neither,” I answered, too stunned to say anything else. Stunned and outraged, like a kid who had just dropped the ice cream off his cone minutes after buying it, I wanted to go back to the snack bar, tell them what happened, and ask for another lobster roll. Of course, they wouldn’t charge me. It wasn’t fair. They knew that, and they would make it right.

But I wasn’t a kid. I was a senior citizen, a retired psychologist enjoying a day at the shore with his wife in the midst of a global pandemic. We had had a good walk, there was plenty of food left for a good lunch, and now we even had a good story to go with it. If it’s justice you’re after, there’s plenty of work to be done where it really matters. Sometimes, though, you just need a good day out, seagulls and all.