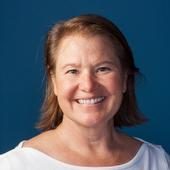 Jacqueline Alvarez, Ph.D, is the associate dean and director of the counseling center at Amherst College in Amherst, Mass.

In the past year, the pandemic has taken a significant mental and emotional toll. Mask wearing, social distancing, isolation, and quarantining are practically second nature. And, none of this is lost on college students who have had a very different school experience since last March.

Jacqueline Alvarez, Ph.D, associate dean and director of the counseling center at Amherst College in Amherst, Mass., acknowledged increased depression and anxiety in college students has been a top concern for the past several years and it’s no different this year. But as she put it, “it’s complicated.” Sarah K. Lipson, Ph.D, Ed.M., is an assistant professor in the department of health law policy and management in the School of Public Health at Boston University.

“Students have to carry their academic load along with juggling personal relationships,” she explained. “But anxiety related to the pandemic itself is due to death, financial stress, having to care for younger siblings while at home, or working because maybe a parent lost a job. The level of stress has increased.”

Sharing that opinion is Sarah K. Lipson, Ph.D, Ed.M., assistant professor in the department of health law policy and management in the School of Public Health at Boston University.

“But anxiety related to the pandemic itself is due to death, financial stress, having to care for younger siblings while at home, or working because maybe a parent lost a job. The level of stress has increased.” --Jacqueline Alvarez, Ph.D, associate dean and director of the counseling center, Amherst College, Amherst, Mass.

She said they’ve seen a consistent rise in depression and anxiety over the past several years and the pandemic just exacerbated those issues.

Lipson is also a co-investigator of a study canvassing 18,000 students over 14 campuses from the Healthy Minds Network that was published this past summer. They found troubling levels of depression, anxiety, and stress among those participants.

“We’ve seen a large spike in students who report their mental health has impacted their academic performance—about 83 percent just in the past month,” she said.

Substance abuse has been a common issue for college students, but they’ve seen numbers go down.

“We’ve actually seen substance abuse—specifically drinking—decrease,” she said. “It’s a social interaction and students aren’t socially interacting right now. However, we realize that some kids can be very vulnerable to substance abuse.”

Data released in early February from the Center for Collegiate Mental Health in Pennsylvania showed that about one third of the students seeking mental health counseling in the second half of 2020 reported their visit was directly related to the pandemic.

The upside is that college students, no matter what school they attend, most likely have a resource available to them right on campus.

“Just about all four-year colleges and many community colleges have on-campus counseling centers that offer services, including individual and group counseling, medication prescribing, and campus-wide mental health wellness programming such as suicide prevention and substance abuse prevention, counseling and recovery programming,” said Barry Schreier, director of the University Counseling Service at the University of Iowa and a spokesman for the Association for University and College Counseling Center Directors, in a Washington Post article last summer.

“Providing support during a pandemic is unchartered territory, but the unexpected is nothing new for college counseling centers who learn to lean into the need.”

Like other schools nation-wide, both Boston University and Amherst College have a number of programs available.

Amherst has My Student Support Program offering online counseling services via text, phone, or video. It is free and available throughout North America as well as some international locations.

They also offer groups and workshops. For example, they have a drop-in support group called Real Talk and other groups specifically targeting racial identity and the Latinx community.

Boston University boasts a behavioral health clinic that is comprised of psychiatrists, psychologists, social workers, nurse specialists, and licensed mental health clinicians. They offer 24/7 access to a mental health hotline and they work in conjunction with The Danielsen Institute and the Center for Anxiety and Related Disorders. Although most schools have some form of counseling available, Lipson admitted access can sometimes be a major problem.

“We’ve seen long wait times for counseling centers. But access to services was a problem before the pandemic,” she said. “One of the problems we’ve seen with campus mental health is that it’s kind of a revolving door. We make a referral but then we never know if the student followed up. Lots of schools have hired case workers. Some have even tried to use technology to monitor it. My hope is we make progress in the reduction of symptoms levels and we have reason to believe there’s space for innovation.”

If you think depression and anxiety only affects the students, think again. In a press release from Mantra Health in December, a new study canvassing 120 U.S. colleges and universities showed 91 percent of college counseling center directors and clinicians experienced “burnout” during the fall semester of 2020

In many cases, the counselors said they were working more hours than usual and they felt their workload compromised their ability to provide quality care. Alvarez sees this situation at Amherst.

“Even the faculty and staff have been experiencing a high level of stress,” Alvarez said. “School is remote so the way in which they have to teach and work is completely different.”

And what about next year? Both Lipson and Alvarez had concerns. Lipson theorized they may have students who don’t apply or don’t return because they can’t afford it. Alvarez said she wouldn’t be surprised if there was an uptick in services next year when students return to campus.

Students have had a higher level of stress for a long period of time and that can erode resilience and the capacity for coping. But there may be a light at the end of the tunnel, said Lipson.

“Kids will be able to socialize better than this academic year,” she said. “Maybe not to 2019 standards, but it may have a positive effect on mental health.”