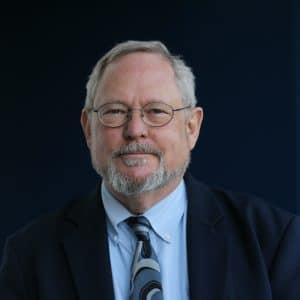 The evidence suggests mass shootings perpetrated by individuals with mental illness account for less than one percent of gun-related homicides. But you wouldn’t know it from President Donald Trump’s comments after a pair of mass shootings during the first weekend in August killed more than 30 people in El Paso, Texas, and Dayton, Ohio.

Among Trump’s widely reported quotes: “Mental illness and hatred pull the trigger, not the gun.”

“The president is poorly informed about the research on gun violence generally and mass gun violence in particular,” said Robert Kinscherff, Ph.D., JD, a professor in the doctoral program in clinical psychology and associate vice president for community engagement at Williams James College in Newton, Massachusetts.

Kinscherff was chair of the American Psychological Association Gun Violence Policy Review Task Force which recommended a comprehensive science-based public health approach to prevent gun violence. An APA resolution adopted in 2014 called for increased research, access to mental health services, and funds for training more psychologists and other mental health professionals to better identify and manage those at risk.

The American Psychological Association released a statement from CEO Arthur C. Evans Jr., Ph.D. on Aug. 5 to correct the myth perpetrated by Trump:

“Blaming mental illness for the gun violence in our country is simplistic and inaccurate and goes against the scientific evidence currently available,” Evans said.

Trump has called for strengthening background checks for gun purchases but has not supported any specific changes. He once seemed open to universal background checks that would require nearly all gun sales in the United States, including private sales, to be reported to the National Instant Criminal Background System.

Then, he backtracked by saying the system is already very strong and highlighted the need to focus on mental health treatment.

A policy supporting stronger background checks ultimately “falls woefully short of what is needed,” according to Evans. Instead, a comprehensive public health approach would include federal funding for research to better understand the causes, contributing factors and solutions to the gun violence epidemic.

Kinscherff said the goal of reducing gun deaths and injuries should be guided by past efforts to make automobiles safer for passengers and keep household poisons away from children.

“A public health approach would ask us to consider relatively simple means of making gun deaths less likely,” he said. “My cell phone has face recognition. There’s no reason why a face recognition device cannot be put in a firearm.”

Psychologists also need to learn how to talk to people who are gun owners, Kinscherff said. That’s why Kinscherff brings up the topic in the classes he teaches on law and mental health and child behavioral health systems. He wants his psychologists in training to be comfortable asking a client about the presence of guns in the home and how secure the weapons are from children.
You are 15 times more likely to be struck by lightning in a given year than to be killed by a stranger with a diagnosis of schizophrenia or chronic psychosis, according to James L. Knoll IV, M.D., and George D. Annas, M.D., M.P.H., co-authors of the chapter “Mass Violence and Mental Illness” in the 2016 book “Gun Violence and Mental Illness.”

“No one wants to hear this because it is so unsatisfying to think it is a social trend and way to make to make one’s selfish, obscene mark on history,” Knoll wrote via email. “This despite the fact that the perpetrators leave messages telling us this is why they are doing it.”

Knoll’s research has found that mass shooters often feel aggrieved, are extremely angry, and have nurtured fantasies of violent revenge. Such individuals still function in society and don’t typically seek out mental health treatment. So, their plans to commit mass murder are carried out well outside the awareness of mental health professionals.

Ervin Staub Ph.D., professor emeritus of psychology at the University of Massachusetts Amherst, points out that psychological testing of Nazi officers who committed genocide at the end of World War II revealed no signs of mental illness.

“I would not define (hate) as a mental illness. I would define it as a psychological problem,” said Staub, who founded UMass Amherst’s Psychology of Peace and Violence Program.

Staub was born in Hungary and grew up under Nazism and then Communism before escaping to Vienna at age 18 and then coming to the United States. He said his early life experiences have sensitized him to the diminishing way President Trump has talked about immigrants, Muslims, and other groups.

Trump’s comments about mental illness shift attention away from the reality that guns are too easy to access in America, Staub said.

“It puts people into a bind, because on the one hand, the implication is that people with mental health problems should receive more treatment, more support and so on,” Staub explained.

“But at the same time, it suggests that the reason that should happen is because of that tendency to violence, which is not correct. So, people go around more stigmatized in the world.”