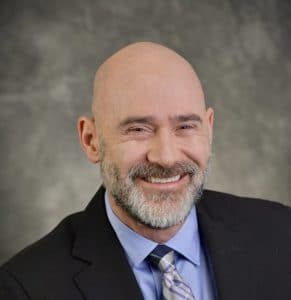 Rick Barnett, PsyD, private practitioner in Stowe, Vermont, was part of a task force in 2019-2020 that recommended to the legislature that PSYPACT be instituted in the state.

In 2011, the Association of State and Provincial Psychology Boards (ASPBB) formed a tele-practice task force to examine the formation of an interstate licensing compact that would grant licensed psychologists reciprocal privileges in other states that belong to the compact.

The PSYPACT compact creates a regulatory framework for psychologists who practice telehealth, according to PSYPACT Executive Director Janet Pippin Orwig, MBA, CAE. She added that psychologists can apply for an “E.Passport,” which allows for up to 30 days of in-person practice in another state.

To be eligible, psychologists have to have graduated from an accredited APA/CPA program or one designated as a psychology program by the ASPPB/National Register Joint Designation Committee.

Orwig pointed out that PSYPACT is important for practical reasons. Psychologists don’t have to get licensed in order to practice in the 28 other states that have the compact. Also, PSYPACT acknowledges that not all states have uniform rules and regulations. “PSYPACT helps psychologists be more educated. The commission identifies different terms, such as scope of practice and state laws, and gives good guidance,” Orwig stated.

As the COVID-19 pandemic has negatively affected all populations, particularly college students, psychologists who practice in PSYPACT states have an opportunity to offer remote therapy and provide continuity of care.

Orwig reported that seven states had to pass the legislation before it could be implemented. Arizona was the first state to enact the law and in April 2019, Georgia became the seventh. “We stood up as an entity and created a commission,” she said. “Now PSYPACT is a freestanding, semi-quasi government agency.”

Rick Barnett, PsyD, private practitioner in Stowe, Vermont, was part of a task force in 2019-2020 that recommended to the legislature that PSYPACT be instituted in the state. The Board of Psychology in Vermont began discussing the compact in November 2021. “Unfortunately, the legislature is focused on reapportionment and pension benefits right now. Any mental health bills are not getting much traction,” he said.

While PSYPACT only applies to doctoral level psychologists, other disciplines may benefit in the long-term. Barnett reported that passing legislation ultimately creates a pathway for other mental health professionals to do the same thing. “If Master’s level people support the bill, this could mean social workers, licensed mental health counselors, licensed clinical social workers, and others would be able to create compacts,” he said.

Additionally, some speculation has revolved around the possibility that a company might come into a state and provide mass telehealth services that undercut access to local resources, Barnett said.

In spite of these potential challenges, Barnett personally believes PSYPACT is a win-win. He pointed out that the compact not only facilitates telehealth visits but also takes into consideration the physical mobility of both patients and practitioners.

“Membership would mean that psychologists can stop worrying about practicing across state lines,” Barnett said. “They can travel to other states and can continue practicing with the same clients when they move.”

Representative Tanya Vyhofsky (Chitteden-8-1, Progressive/Democrat), is the lead sponsor for the legislation (H391) in Vermont. “I was asked to sponsor PSYPACT by the psychologist profession and generally I defer to those closest to an issue for their thoughts on how best to solve it,” she said. “We have seen the impact of cross state practice and telehealth during the pandemic, as well as an acute exacerbation of a long-standing mental health crisis. We are likely going to see many more mental health compacts in the wake of the COVID pandemic as telehealth has been so embraced and lowered so many barriers to mental health care.”

In addition to her role as legislator, Vyhofsky works as a social worker and cited the incredible challenges in navigating the different rules, fees, and requirements in every state regarding telehealth practice with clients in that state. “I work a lot with youth and young adults so personally would welcome a social work compact to allow for continuity of care with clients going to college with an easier lift.”

Although PSYPACT legislation has been passed in 28 states, there has been pushback in some states, according to Orwig. “Some states are not liking or understanding the compact. But a lot of other groups are signing compacts now. They are becoming more well-known and accepted.”