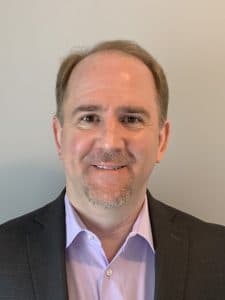 Without the mobile services available, patients in a mental health crisis will most likely end up in already overwhelmed emergency rooms. Or they may have a run in with the police, which too often is the case. Their primary care physician may not offer enough of the mental health help they need either. And that’s where a mobile crisis unit comes in. The two-person teams are set up to respond face to face with people experiencing a psychiatric emergency.

“They don’t have a special vehicle like an ambulance that an EMS unit might have. But they have a kit equipped with a laptop that’s always charging, a cell phone, a mobile printer, Narcan, and other basic things that the team would need,” said Roger Osmun, Ph.D, president and CEO of West Central Behavioral Health in Lebanon. Concord, Manchester, and Nashua were already rolling out their programs. However, the state is launching the other seven mental health centers starting July 2021 through January 2022. But even with the three teams currently running, staffing has been a big problem, said Cynthia Whitaker, Psy.D., MLADC, president and CEO of Greater Nashua Mental Health (GNMH).

“Staffing is definitely a challenge. In the three current cities with teams running, we use it as an appeal for part-time workers and we need to be flexible in how we shift it.” -- Cynthia Whitaker, Psy.D., MLADC, president and CEO, Greater Nashua Mental Health

“Staffing is definitely a challenge. In the three current cities with teams running, we use it as an appeal for part-time workers and we need to be flexible in how we shift it,” she said. “Typically, we’d want standard shifts, but whatever people can do—say three hours on a Saturday afternoon—that’s fine as long as we can staff 24/7.”

Bill Metcalfe, LICSW, director of mobile crisis services at West Central Behavioral Health, said their teams are at 50 percent capacity and he’s confident that by January, they’ll be fully staffed.

“We’re not worried about full-time. We’ll hire part time.” he commented, echoing Whitaker’s sentiments on being flexible. “Right now, I’ve got probably four or five part-time. We’re plugging people in wherever they can work.”

When it comes to getting qualified employees, Whitaker said it’s a two-pronged problem. On the one hand, the state is requiring master’s level clinicians. Other models in the U.S. allow a lay person to get training. But with the level of education the state wants, that makes the pool of applicants that much smaller.

On the other hand, someone with a master’s degree may be more inclined to work elsewhere. Schools, hospitals, and other private practices are also looking for qualified clinicians with higher degrees, so there’s a lot of competition.

Currently, there’s a heightened awareness of mental health for a variety of reasons. Whitaker pointed out that with the recent events this summer in sports—Naomi Osaka and Simone Biles both citing their mental health to withdraw from certain events—people are taking note of how important our mental health can be.

“The mobile crisis teams are in what we call a ‘firehouse model.’ They are ready to be deployed at a moment’s notice.” -- Roger Osmun, Ph.D., president and CEO of West Central Behavioral Health, Lebanon, NH

And let’s not forget how the pandemic has put a major spotlight on it as well. The need for help has significantly increased in the past year and a half. Whitaker said GNMH frequently gets calls about school-aged youth, particularly remote kids. More often, they’re seeing a feeling of overwhelm, extreme loneliness, and despair rather than suicidality or other symptoms of mental illness.

By 2022, there will be a change for the mobile crisis units. Today, each center has its own 800 number to call with someone on staff assessing the situation. (Approximately 70 percent of the calls can get resolved over the phone).

However, when a mobile team is necessary, they are sent out to assess the situation, support the individual, and create a follow up plan. They may also help make a follow up appointment.
Or, the center may get a call from the police that a mobile crisis team is needed.

But by January, all the pathways to a mobile crisis team will still be there, but there will be one centralized phone number which will have access to all 10 centers so teams can be deployed that are closest to the caller.

“We want people in the community to call us early when the crises are small and more manageable. If you wait until you need the ER, there’s fewer options available to you,” said Osmun.

“Mobile crisis teams come to you in a more comfortable atmosphere—home, school, or the workplace. We want to keep people in the community, not in the hospital. Come January 1, we should be well positioned to respond to any call at any time.”