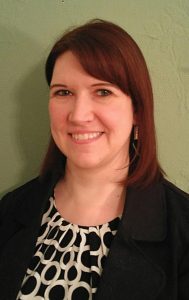 Jennifer Warkentin, Ph.D, MPA’s director of professional affairs and a psychologist with her own private practice.

The Massachusetts Psychological Association (MPA) highlighted three specific aspects of mental health to be focused on during the 2021-2022 legislative session: access to care, quality and continuity of care, and consumer and professional protections.

These focal points are further broken down into other topics needing attention:

Jennifer Warkentin, Ph.D, MPA’s director of professional affairs and a psychologist with her own private practice, noted that the organization has been designating a specific legislative agenda since 2017.

The current priorities are based on primary legislation they’ve been supporting year after year, she said. The agenda provides a context as to why they feel these issues are important. Because of her broad clinical background not only working with older patients but with families, emergency departments, and veterans, Warkentin has worked closely with legislators and a coalition of health organizations.

“There are a lot of different bills we care deeply about, but we can’t do everything so we have to prioritize,” she noted.

In the legislative session of 2019-2020, MPA focused on anti-claw backs (or limiting health plans to 12 months to retract payments made in good faith), expanding telehealth coverage (clearly a necessity during the pandemic), and ghost networks (clinicians who are listed as in-network but aren’t actually contracted with a health plan).

She emphasized that the previous pieces of legislation passed, many in 2019.

Because of the pandemic in 2020, traditional hearings couldn’t be held. As a result, the session, which typically ends in July, was extended to the end of December.

That change translated into the filings for the current 2021-2022 session to bleed into January and February, so the timing is a little off.

Active legislation may not begin until spring, most likely April. The timing will depend on how quickly the specific committees move on their assigned legislation. However, she praised the members of Congress they typically work with on taking mental health issues seriously.

For this session, mental health parity was a big part of MPA’s legislative push. While Massachusetts passed the Mental Health Parity Act in 1996, there have been some additions like the inclusion of PTSD, autism, substance abuse, and eating disorders.

And, MPA makes it clear they continue to address many areas where implementation of parity has not been achieved. Warkentin stressed that parity is something that exists on paper, but not necessarily in practice.

She noted that there are “so many different loopholes” in which parity doesn’t actually translate to the patient.

What is also important in MPA’s agenda is access to care and mental health parity for everyone, “including, but not limited to, those who are: economically disadvantaged; members of cultural, ethnic or racial minority groups; members of the LGBTQ+ community; and people who have disabilities.”

Maintaining equity in mental health care also requires transparency of health plan regulations. This part of the legislative agenda pinpoints whether a plan is state insured or if it is private or self-funded.

Federally funded plans like MassHealth (which is Medicaid and Children’s Health Insurance Program combined), tend to be more lenient and the state can’t mitigate any risks. This impacts anyone with a commercial health plan, like getting covered through your employer which affects a large percentage of people.

With state-funded plans, effectively what you see is what you get. They tell you what regulations are required and what protections are in place for individuals.

MPA supports the protection of the therapeutic relationship by requiring health plans to continue coverage of mental health services with an “out-of-network” provider when the patient already has an on-going treatment relationship — provided they accept the in-network payment rate.

But often, a person may be covered for assessment of a mental health issue like depression or anxiety, but not the subsequent treatment for it. Warkentin said it’s an archaic regulation that only affects independent psychologists—small groups or solo practices— that are not permitted to give service.

One important aspect is to allow certain health plans like MassHealth to reimburse psychologists in independent practice for psychotherapy services.

Warkentin added that, compared to the rest of the country, the state places mental health as a top priority.

“We’re lucky that in Massachusetts, mental health is considered an important and relevant issue,” she said. “Not every state takes on mental health as an issue that needs to be addressed.”