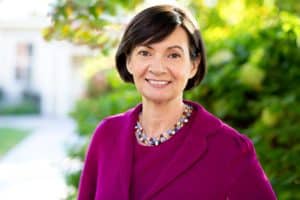 Susan Stearns is the executive director of NAMI New Hampshire.

The New Hampshire Department of Health and Human Services (DHHS) announced a deal with SolutionHealth to use $15 million of federal funds to break ground on a new mental health hospital.

It will be located in the south-central region of the state and comes at a time when New Hampshire Hospital closed 48 beds because of worker shortage and a lack of discharge or what’s called “back door” options.

Susan Stearns, executive director of NAMI New Hampshire, wasn’t surprised that the hospital closed beds. She said additional capacity is “very much needed” but the first line of attack should be keeping people out of the hospital in the first place.

“Prevention is key for the people who need it. And that leads to needing more community-based programs,” she said. “Last count, I think there were 37 adults and nine children being boarded in the emergency departments. It’s just wrong on all levels and, frankly, financially foolish.”

Stearns noted emergency department boarding wouldn’t continue if staff levels are sufficient to care for them. But she acknowledged the staff shortage won’t be fixed overnight. And when it comes to beds, it’s not just the psychiatric ones that are necessary.

“Respite beds—we have very few,” she explained. “We don’t have enough step up/step down programs or other transitional options like going from the psychiatric unit at New Hampshire Hospital to a less restrictive facility.”

Other issues are the lack of affordable housing and high rent costs across the country that have left potential homeowners and renters out of luck. People with mental health issues have even less available housing.

SolutionHealth, a Bedford-based company and the second organization with which DHHS has tried to coordinate, has plans for a 130-bed facility caring for children, adolescents, and adults including seniors.

DHHS previously negotiated with HCA Healthcare, but after an inability to come to an agreement, that proposal was revoked.

With SolutionHealth, the total construction is set to cost more than $50 million with a proposed opening in 2024. The Joint Legislative Fiscal Committee has signed off on the project, but it still must be approved by the executive council. 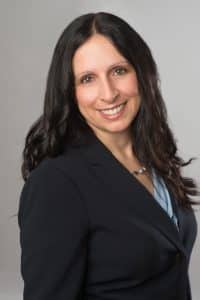 However, Lori Shibinette, RN, MBA, NHA, commissioner of DHHS, has no doubt SolutionHealth will be approved and doesn’t rule out a deal with HCA just yet.

“The deal with HCA may get resurrected,” she explained. “I’ve been working on both deals for over a year. The plan was to build both hospitals with a net of 100 beds. I’m working with SolutionHealth first, but it doesn’t mean HCA isn’t coming back.”

Shibinette corroborated much of what Stearns reflected—that the mental health crisis is one spoke in a crisis wheel with multiple problems simultaneously at play.

The lack of beds is one problem. There are also not enough qualified staff members with sufficient compensation, not enough housing, and not enough community-based programs to accommodate patients coming out the “back door.”

“Anyone anywhere should be able to get the mental health care they need,” she said. “We have a front door issue and that’s ED boarding with acute and specialty beds. Then there’s a back door issue—we don’t have enough community programs to support these problems. We need to work on both doors.”

She knows from personal experience. Shibinette started her career as a nurse in New Hampshire Hospital with her first gig in mental health. She returned to the hospital as its CEO about 25 years later. She left the hospital to be DHHS commissioner only two months before the world locked down from COVID. Additionally, mental health has touched her own family.

“As someone who has a family member in mental health care,” she noted, “things that seem like gaps [to us] in care are like gorges to the patient–like not being able to get an appointment, for example.”

Recently, the state implemented mobile crisis units as an available resource to offset the patients who clog the emergency rooms. But there were some kinks to work out in the beginning. And Shibinette’s personal experience with it illuminated that point.

“Sometimes system changes we made worked exactly like we intended, like same-day appointments,” she said. “But early on in the mobile crisis units, I had my own family member call and they suggested they go to the emergency room. I’m like, `Wait a minute. This was supposed to avoid going to the ER.’ So, we made some adjustments. That’s the benefit of having policymakers who have lived experience.”

One way is by providing the support systems in the community that can help a patient as a whole person, not just the patient in the hospital. Every aspect of a person’s life living with a mental health issue is affected both in and out of an emergency room.

“Mental illness affects all of us,” said Stearns. “We all need to be caring. It’s about a community looking out for one another.”