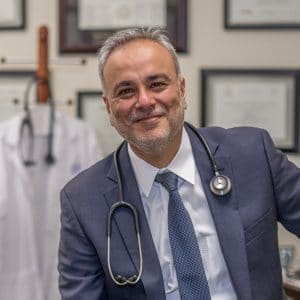 Two years into a pandemic and mental health issues have been on the rise, particularly with children and adolescents. The CDC has stated that suicide is the second leading cause of death among children between ages 10 and 14 and the organization has voiced concerns about how the pandemic has affected children’s mental health.

Unfortunately, much of the care for mental health—both children and adults—often takes place in an emergency room. According to the Connecticut Hospital Association, the number of children and teens waiting for psychiatric beds more than doubled from 26 to 56 in the month of February. The average number of children who typically wait for care is 38. Of those 38 children, 31 were between the ages of 13 and 17 years old and seven were 12 years old or younger. Unhappy with those statistics, the state of Connecticut is trying to do something about it.

The House bill—HB 5001—includes funding and services across medical centers, educational facilities, and the community. Congressional legislators have passed all three bills and they are currently waiting for Governor Ned Lamont’s signature. The hope is that much of this legislation will be enacted sometime between July 2022 and January 2023. The total amount of funds set to be allocated for these bills is approximately $150 million.

Each of the bills is about 10 to 15 bills all rolled into one, so the issues they address cover a broad range of topics. For instance, SB 1 lays out a proposal for mental health programs in schools, increasing wages for childcare workers, and funding a minority teacher scholarship.

“Mental health professionals have voted with their feet by leaving the workforce. They are not getting what their time is worth. That’s why retention is important.” -- Sen. Saud Anwar, MD, MPH, (D-3rd District)

SB 2 would increase the access to mobile crisis centers on a 24/7 basis while also addressing underlying mental health determinants like housing instability, food insecurity, poverty, racial discrimination, and unemployment, to name a few.

HB 5001 targets license reciprocity for out of state providers particularly those who care for children—an issue highlighted by the need for telehealth during the pandemic. It also centers on providing a grant to cover the cost of hiring additional school mental health specialists and a second grant for mental health services in youth camps.

But it’s not just Congressional legislation shining a light on children’s mental health needs. Connecticut Children’s Hospital announced plans for a new medical psychiatric care unit. To offset the days and sometimes weeks patients can wait for a psychiatric bed, the hospital intends to hire a team of medical and mental health providers, among them psychiatrists, psychologists, physical therapists, and occupational therapists.

The unit itself and proposed staff make it a $15 million project. The unit would cover the care for both physical and psychiatric needs at the same time rather than addressing those issues separately. In an April 26 article in the “Hartford Courant,” James Shmerling, president and CEO of Connecticut Children’s Hospital, was quoted as saying that while the pandemic exacerbated the need for a unit like this, it has been a long-term problem.

“We’ve always had children staying overnight waiting for an inpatient bed, but COVID exacerbated that,” he said. “So, we went from 20-25 children a day to 35-45 children a day. The problem has always been there, it’s just gotten worse.”

Senator Saud Anwar, MD, MPH, a co-sponsor of all three Congressional bills, corroborated that same viewpoint. He agreed the challenges of the existing system were exacerbated by the pandemic. Children’s mental health had already been moving in the wrong direction. But the pandemic put a spotlight on mental health. To that extent, he said long stays for psychiatric beds is one symptom of a broken system.

“It’s a web of causation that led to these challenges,” he said. “When you have people dying, social isolation, financial issues, that’s what led to increasing overall cases. The system was unable to address these challenges and it developed into the perfect storm.”

He added that whenever children’s mental health was addressed before, they end up “back at the table” five to seven years later. So as far as he was concerned, a more comprehensive plan was necessary.

The bills not only focus on school-aged children but also early childhood intervention. Anwar pointed out many of the reasons why this inclusion was important. For one, he said the youngest of children have traditionally been overlooked in legislation and yet these are some of the most formative years in a child’s life.

Add to that the struggle of the childcare worker. As he put it, when these workers—with a challenging job and low pay—realize they can probably make more money at Walmart with less stress, they have to ask themselves why they are doing this.

If society doesn’t value them, many leave the workforce. Parents then can’t provide care for their children. When they can’t do that, they can’t go to work. And that’s the first domino in a collapsing workforce and, ultimately, the economy.

The mental health field is impacted as well. Long hours, burnout, not enough pay, the pandemic—each of these things have affected practitioners. Very few have remained unscathed by the pandemic’s effects.

While many of the bills complement each other, there are some components that do overlap. One example is a grant program in SB 1 and HB 5001 both addressing hiring and retaining social workers and psychologists. But they are not meant to compete. All of these bills are meant to work in harmony.

“Mental health is an area we have failed,” he said. “Mental health professionals have voted with their feet by leaving the workforce. They are not getting what their time is worth. That’s why retention is important.”

Anwar said he had no doubt that Governor Lamont would be signing off on the legislation very soon because the Governor’s team had been a working partner throughout the process.

“That’s the important thing about these three bills,” he said. “It was bipartisan and collaborative with all the agencies and the Governor’s team. Everyone had their hands together, rolled up their sleeves, and worked collaboratively.”