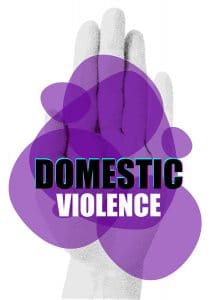 Numbers don’t tell the whole story when it comes to the impact of the COVID-19 pandemic on rates of domestic and family violence.

Calls to SafeLink — Massachusetts’ statewide domestic violence hotline at 1-877-785-2020 — initially decreased about a third and then ramped back up in April and May to about 90 percent of what they were pre-pandemic, according to Casa Myrna, Boston’s largest provider of domestic violence shelter and supportive services.

Maine’s domestic violence resource centers also saw an initial decline in helpline calls and reach-outs when COVID-19 hit. Then, requests for emergency shelter were significantly down through the month of April, according to Regina Rooney​, education & communications director​ for the Maine Coalition to End Domestic Violence​.

“There’s a whole host of reasons why people never pick up the phone,” said Natalie A. Cort, Ph.D., an assistant professor at William James College in Newton, Massachusetts, whose research interests include intimate partner violence and racial and ethnic disparities in mental health treatment.

“They’re powerful reasons and those reasons include the risk of death increases substantially when women in particular attempt to leave that situation.”

Leaving an abuser is considered the most dangerous time for a victim of domestic violence and doing so also risks exposing other family members, such as a parent or sibling or one’s children to harm. “That’s a profound level of fear,” Cort added.

A closer look at helpline call volumes since the start of the pandemic shows people experiencing domestic and family violence may see it as a chronic illness to be managed rather than as a disease that can be cured. Fewer callers to SafeLink are inquiring about how to get into a shelter, said Leela Strong, director of development and communications at Casa Myrna.

“We’re seeing more calls about ‘how do I stay safely,’ where there was an incident that escalated, and ‘how do I de-escalate a situation’ type of question rather than ‘how do I leave’ or ‘how do I stop the violence’,” Strong said.

“It’s not surprising though,” Strong added. “Many people, that’s their constant.”

“We can’t underestimate how important those risk decisions are because each victim knows their abuser the best and they know how to keep themselves safe the best,” Walsh said.

“Most people have concerns like ‘If I call the police where am I going to go?’ And those concerns are just amplified right now because none of us are supposed to go pretty much anywhere.”

“While there may be fewer calls overall, the people who were calling have more intense and complex situations than is typical,” Rooney wrote via email.

Casa Myrna community advocacy specialists have stayed busy with clients seeking to connect after being separated from their own social support systems, Strong said.

“So conversations that would have been 20 minutes are going on an hour or two hours simply because people are looking for that emotional support,” Strong said.

“Our community advocates are very literally on the phone from 7 a.m to about 11 p.m. every day. They’re just walking around with headphones in their ears.”

The two full-time counselor positions in Casa Myrna’s counseling department were vacant this spring so the agency referred clients to other domestic violence organization counseling programs.

Strong said those positions will be filled this summer and two graduate interns will return in the fall. The counseling team will continue to work remotely with most survivors through at least the end of 2020. While the agency does not keep a formal wait list, about 30 survivors have expressed a desire for counseling, Strong added.

Cort says many survivors of domestic and family violence often don’t disclose the real reasons why they are seeking mental health treatment so therapists must pre-emptively ask about trauma.

“They might come and say that they’re feeling depressed and they’re feeling anxious,” Cort said. “So it’s on us at mental health providers to be cognizant of the critical role that interpersonal trauma plays in psychiatric conditions.”

A primary driver of relationship conflicts is economic instability. Clinicians who work with survivors of domestic and family violence should prepare for increased need for their treatment services post-pandemic, especially among underserved or marginalized communities, Cort said.

“If you’re a good provider and if you are dedicated, you get the wonderful blessing of being able to be a safe space for somebody who’s been feeling terrified and scared and alone and isolated,” Cort said. “You get to create a space where they get to feel okay, feel seen, feel visible and feel empowered. That’s a huge, huge blessing.”